The One Trait Needed to up Your Relationship Game 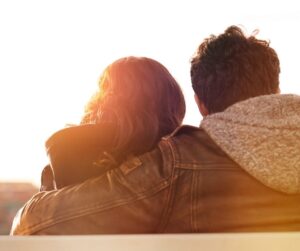 “Ooh, you make me live

Whatever this world can give to me

Ooh, you make me live

That I ever had

I’ve been with you such a long time

And I want you to know

That my feelings are true

I really love you

The band’s bass player John Deacon, who wrote this love song, was inspired by his wife, Veronica Tetzlaff, whom he married in January 1975.

I am reaching way back as I quote the lyrics to this song.  In fact, so way back that I used to play this on an 8 Track player.

Friends come and go in our life

Some friends are for a season and some for a reason. You and I may never fully know why they enter and exit.

My grandmother had a saying hanging up in her kitchen that caught my eye at an early age.  It made such an impression, I memorized it and still quote it to this day:  “True friends are like diamonds precious but rare.  False friends are like autumn leaves found everywhere.”

C.S. Lewis wrote, “Friendship is unnecessary like philosophy, like art, like the universe itself, it has no survival value; rather it is one of those things which give value to survival.”

Ralph Waldo Emerson wrote, “a friend is a person with whom one may be sincere.”

The Stoic Seneca reminds us in his letter On True and False Friendship, “When friendship is settled, you must trust; before friendship is formed, you must pass judgment…Ponder for a long time whether you shall admit a given person to your friendship; but when you have decided to admit him, welcome him with all your heart and soul.  Speak as boldly with him as with yourself…Regard him as loyal and you will make him loyal.”

As a licensed therapist, I have the opportunity to work with couples who desire to up their relationship game. Couples come into the office with various issues which have built up over the years.  Many times they are sad, angry, confused, frustrated, disappointed, and helpless. Some have experienced the pit of betrayal and don’t know to rebuild trust with one another. Some are caught in a feedback loop of criticism and defensiveness.  For some, I am the last stop before the attorney.

Over the years, I have seen many improve and hone their relationship skills.  They didn’t just try new things, they trained themselves to work at new behavior and skills.  It took time, investment, and energy for the couple to learn how live and love each other well.   Unfortunately, some don’t learn to live with and love each other well.  Too much resentment and bitterness has taken root for any intervention to really matter.  The couple may divorce or choose to live parallel lives.

Years ago I attend a training by Dr. John Gottman.  Gottman indicated in our training that he can predict divorce with 94% accuracy or 93.6% to be exact.  He showed us some videos from his “Love Lab” interviews.

It was astounding to notice the differences couples displayed in their initial interviews. He called some couples “Relationship Masters and others “Relationship Disasters.” Gottman pointed out the 6 traits he looks for when predicting divorce.  As a therapist, who has been trained in Gottman’s approach, I look for the same when I work with couples.

Below are the 6 traits that create a toxic relationship pattern:

Relationships ebb and flow over time

It’s normal to experience peaks and valleys even in the healthiest relationships.

In fact, in a new paper published, 165,000 couples interviewed from around the world saw distinct ups and downs in their relationship patterns over the years. https://doi.apa.org/fulltext/2022-16081-001.html

The researchers found that relationship satisfaction tends to decrease from age 20 to age 40. From that low point, it typically increases until age 65, and stays relatively stable for another 10 years or so (the oldest participants were 76 years old).

The researchers also speculated about why satisfaction follows a predictable trajectory within relationships. Over the first 10 years of a relationship, the researchers explain, couples may invest less and less time and energy in communicating, having sex, and spending time together.

The desire for an ideal partner who meets all our needs may come face to face with the reality of a fallible person who can’t be everything to us. So it may not be surprising that the high of falling in love can’t be sustained forever.

But couples who make it past this point might end up with a sense of strength and resilience, a feeling that we’re in this together—which could explain why satisfaction rebounds after 10 years, says the study’s first author, Janina Larissa Bühler, an assistant professor at the Johannes Gutenberg University of Mainz https://greatergood.berkeley.edu/article/item/how_relationship_satisfaction_changes_across_your_lifetime?utm_source=pocket-newtab

The one thing to up your Relationship Game

I want to return back to Dr. Gottman.  He developed his own approach to confront this issue and offers hope and healing for relationships.  His 7 principles are designed to make relationships work well.

Ironically, principles 1-4 are based on the one trait that can increase your relationship success: Friendship!

Cultivating friendship with your partner is the one essential ingredient that will help your relationship flourish through the ups and downs of a relationship cycle.  It seems with friends we have the uncanny ability to be a little lighter and less serious.

In a friendship, we show grace coupled with gratitude and, for the sake of the friendship, we don’t’ allow the negative thoughts we have about the person disrupt the desire to connect and remain friendly.  In other words, we tend to overlook a lot because we value the person and the contribution they bring to our life.  Back to my grandmother’s kitchen saying: Precious!

Dr. Gottman’s research reminds us that friendship in a marriage concerns itself with how my partner thinks and feels about life.  These couples say to themselves, “I am familiar with their hopes and dreams, and I want to partner with them in living out those values.  There is an abundance of appreciation for my partner and the contributions he/she brings to the relationship foundation.  We build on trust and respect for each other and we take the time to say, “I appreciate you!”  Yes, even for the mundane things we overlook and take for granted.”

Couples who have friendships know how to repair disagreements and turn toward each other even when the heat is turned up and emotions are rising.

They take the time to focus on the goal of the conversation and practice kindness instead of “rightness.”

Dr. Gottman refers to this as putting deposits in the relational account.  The couple has learned, over time, to invest in their relationship ratios well.

In a friendship, couples are open to accept influence from their partner and seek to understand the other person’s world.  In other words, you are open to being wrong and adjusting for the sake of the relationship.  I see this with many couples who are working on improving the relationship.

Over time, they soften and learn to negotiate with their partner.  The room for power plays grows smaller and smaller and trust begins to build.  Each partner experiences a sense of satisfaction because the work was put in place to have a win/win situation.

Yet what it does mean, for you and me and our significant other, is the willingness to provide a holding environment for the other where we are investing in helping each other become the best version of our self.

In some way we are mirrors that reflect back to each other kindness, fondness, empathy, and compassion.   It’s the kind of relationship that says, even without words, “I have your back, you can trust me.”

If you have a friendship, you do the following:

👉 How will you make your relationship more of a friendship in the weeks ahead?

👉 What is one thing, right now, you could start that may increase your friendship?

👉 How can you see your partner more as an ally, not an adversary?

Bear with me for a moment as I end with another song.  I’ve been listening to Yacht Rock again, and this one comes to mind from Jefferson Starship:

Precious love, I’ll give it to you

Blue as the sky and deep

In the eyes of a love so true

Beautiful face, you make me feel

Light on the stairs and lost

In the air of a love so real

You can count on me

Count on my love

Count on my love

To see you through…”


Get our Free Guide to Stress & the Body